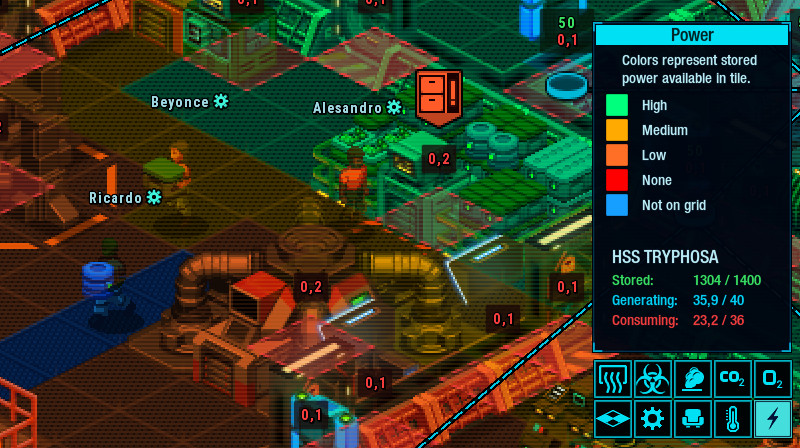 These can be listed in the following way:

Think of each node being a "power storage node", which can further distribute it to other nodes and facilities in its area. Therefore, the reach of one power generator will depend on how the nodes are utilized at the path towards another destination. If power is being distributed to many facilities or other nodes leading to other destinations along the path, then the strength will dwindle down faster.

The way power is distributed works as a two step process:

Note! It's always wise to combine power nodes with one or more power capacity nodes for heavy duty industry areas or other high spike power consuming facilities. This will ensure they will run optimally without consuming all the power stored withing power nodes.

Step-by-Step to set up the power grid 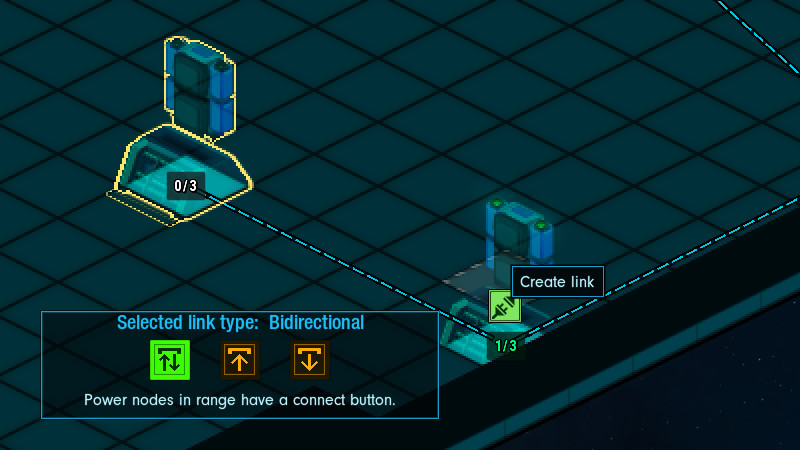 It is best to use Bidirectional when first playing. One way links are good for special cases, like when building a section where you think a lot of power will be needed and you don't want it to "leak" out. This could be an industry area, or a section with turrets and shields.