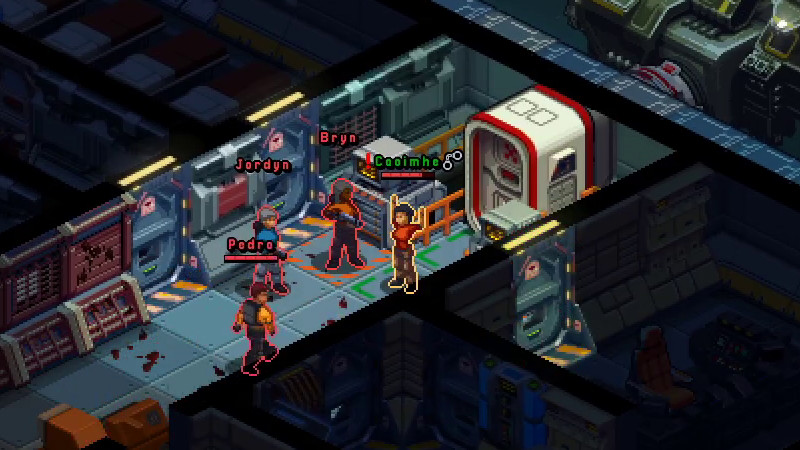 Each crew member have their own individual surrender rate, which is based on their traits, attributes and current health. A hero will be much more unlikely to surrender, while a wimp might surrender immediately. 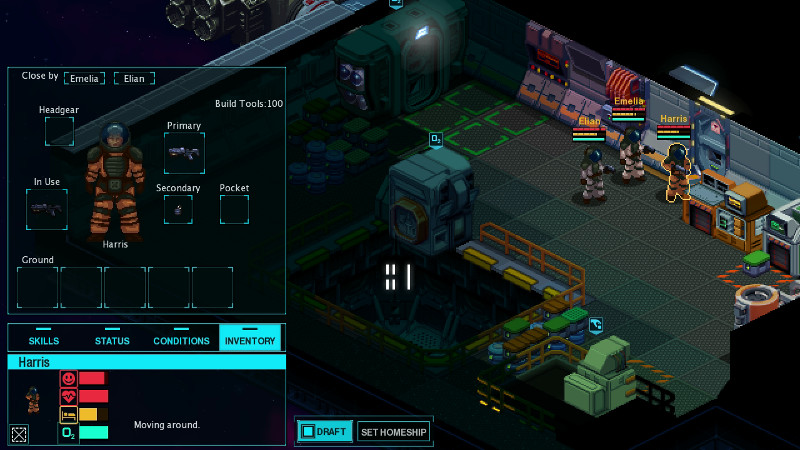 The crew can venture out on away missions to derelict ships or stations, or dock to other faction ships and board them. Exploring a derelict ship or station is done by exploring the whole ship/station and eliminating all possible threats to the crew. Once a ship/station has been explored a note will be shown on the screen, this makes the ship/station available for salvage for the player.

See the inventory section of the Character category.

How to execute an away mission

Away missions are executed by drafting both crew members and one or more shuttles and then moving them around manually to dock to derelict ships or other faction ships. The following steps illustrate how an away mission can be executed:

In crew combat situations one of the sides become overwhelmed and eventually surrender. Surrendering is individual for each character, and is calculated based on their traits and conditions like getting hit by bullets. When the character gets more and more hurt they are more prone to just give up and surrender, fearing they might die otherwise. Both the player characters and the AI characters work in the same way.

When the Player wins:

Once at the spaceship, the prisoners will seek out a prison area to stay at. You can also lead them to a specific prison area. Have a look at the building a prison section in the Building category to see how a prison area can be made.

When the AI wins:

A prison can be created using the Prisoner area permission tool. This tool can be found in the build menu.

When you bring a prisoner to your ship, where a prison area has been marked, the prisoner will aim to seek out such an area and stay there. You can also lead them to a specific prison area you've created. To know how to take someone as a prisoner see the Taking Prisoners section.

Prisoners can be recruited, and turned into your own crew members! This does not happen instantly, as it requires time for your crew members to talk to them and convince them to join the crew.

To recruit a prisoner do the following: